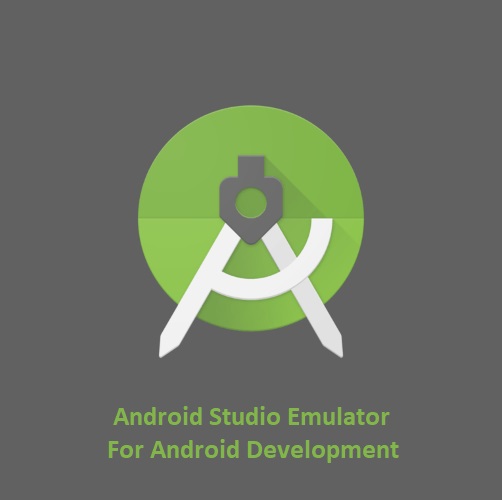 How to use the Android Studio Emulator for Android Development

Creating an emulator for Android can be frustrating and difficult if you don’t know where to start. Fortunately, Android Studio makes it easy to set up an emulator that perfectly mimics your phone or tablet so you can test your app or game on different devices easily. In this guide, we’ll show you how to use the Android Studio Emulator to create, configure, and deploy apps quickly with just a few clicks of the mouse. By the end of this article, you’ll have all the tools necessary to create and run multiple emulators without issue.

Android Studio comes with a built in emulator that can be used for testing and developing Android applications. The emulator allows you to test your app on a variety of different screen sizes and Android versions. To create a Hello World app in Android Studio, follow these steps.

To run your Hello World app in a virtual device, click on Run -> Edit Configurations… and create a new configuration. Fill out all of the options as shown below – Device: Google Nexus 4 – Tablet (or whatever device you want)

– Target: Show list of target devices and add Nexus 7 then click OK. Now fill out other options such as RAM size and so forth. Click on the play button next to the newly created configuration, and your Hello World app should launch in a Nexus 7 device!

It is also possible to build your app, and have it automatically launch in a virtual device. To do so, click on Run -> Edit Configurations… and create a new configuration. Set the following options-Device: Custom – Custom Device Name (this will be a custom name for your app), CPU/ABI: Intel Atom (x86) – x86_64, System Image: Google APIs Intel x86 Atom System Image, Target: Show list of target devices and add Nexus 7 or any other device then click OK.

Fill out all of your other options, and then click on Run. Your Hello World app should launch in a Nexus 7 device! This is very helpful when you want to test your app, but don’t have a physical device connected!

Getting an Idea on the Page

When you first open Android Studio, you’ll be presented with a Welcome screen. On the left hand side of this screen, you’ll see a menu. One of the options in this menu is Configure. Selecting this option will bring up a new window with a number of different settings. One of these settings is Android SDK. Selecting this option will allow you to choose which version of the Android SDK you want to use.

You can also specify whether you want a 32-bit or 64-bit installation, which makes sense if you’re developing with a 32-bit machine but deploying your app to a 64-bit device. You can also specify an emulator that will be used, either choosing between running Lollipop (API 21) or Marshmallow (API 22). If you’re unsure which of these two options is right for you, go with Lollipop as it’s more widely supported on devices.

If you’re developing an Android app, you need a way to test your app on a variety of devices and screen sizes. The Android Studio Emulator is a great way to do this. To start, launch the emulator from within Android Studio by clicking Run and then selecting Launch Emulator. From there, select one of several pre-set emulators or create a custom configuration. Each has its own set of features and limitations – be sure to read through them carefully before choosing which device to emulate.

The emulator includes a window that lets you select which device you want to emulate, such as Nexus 5 or Nexus 7. Each device has its own set of features and limitations – be sure to read through them carefully before choosing which device to emulate. This window also gives you access to commonly used controls, like switching orientation and taking screenshots. You can also launch multiple instances of an emulator if you need access to more than one screen at a time. With these settings in place, click OK and your instance will launch.

The first thing you need to do is install Android Studio. Once that’s done, launch the program and click on the Configure button. In the drop-down menu, select SDK Manager.

The Android emulator is a powerful tool that allows you to test your app on a variety of different devices and configurations. You can use it to try out new features, test your app on different screen sizes, and more. Plus, with a little customization, you can make the emulator look and feel just like a real device. Here’s how

To start using an emulator, you first need to create and customize one. You can then run your app on it, take screenshots of your app in action, record animations or video, and more. Let’s look at how to create a custom emulator based on a device you own.

Running an App on a Device or AVD

If you’re developing your app on a computer running Windows, you can test it on a real device or an Android Virtual Device (AVD) by connecting it to your computer using a USB cable. To run your app on an emulator:

In Android Studio, create an Android Virtual Device (AVD) that the emulator can use to install and run your app. In the AVD Manager, click Run in the toolbar. The selected AVD is launched and displayed in the emulator window.

You can now interact with the emulated app as if it were installed on a physical device. Clicking the back button will take you out of the emulated app and return you to the system-level menu. You can continue testing your app until satisfied with its behavior. When finished, close all instances of the emulated application by clicking Quit in the toolbar of each emulator window (not all windows will be visible).

There are many tools available to help developers quickly build an MVP without any programming knowledge.

If you’re like me, you love creating Android apps in your spare time. And if you’re also like me, you hate having to constantly rebuild your AVD every time you want to test something new. That’s where saving AVD snapshots as projects comes in!