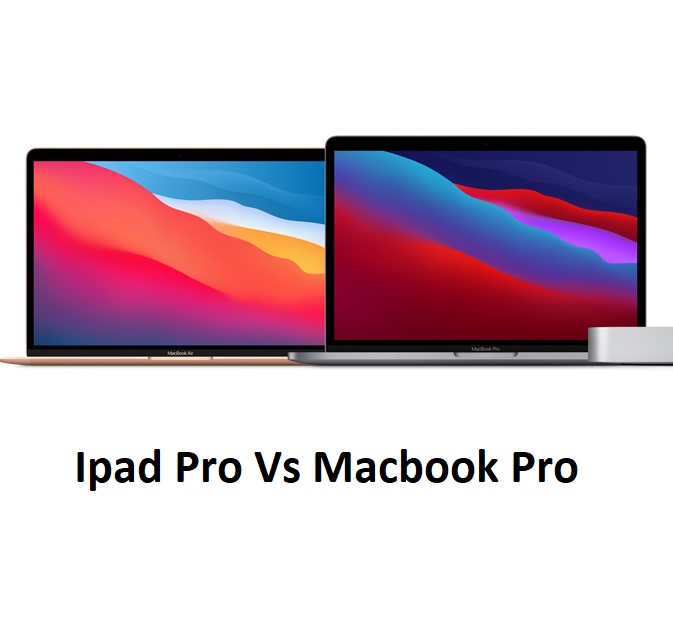 Which Is Better for You: the iPad Pro or the MacBook Pro?

Contents hide
1 Which Is Better for You: the iPad Pro or the MacBook Pro?
2 Things you can do with your iPad that you can’t do on a Mac
3 Things you can do with your Mac that you can’t do on an iPad
4 The 10-inch iPad Pro
5 The 13-inch Macbook Pro
6 Pros and Cons of the iPad Pro
7 Pros and Cons of the MacBook Pro
7.1 The Pros of an iPad over a Mac:
7.1.1 -An iPad can be used without a keyboard when in tablet mode. The keyboard needs to be attached if it’s a MacBook pro.
7.1.2 -iPads are more affordable than macbooks pro so they may be the better option if you’re looking for something more budget friendly.
8 Can you do everything on an iPad?
9 The Right Choice
10 Conclusion
11 Final

The iPad Pro and the MacBook Pro are the two best devices Apple has to offer when it comes to computers and tablets, respectively. But which one should you choose? The answer depends on your needs, preferences, and budget. To help you make the right decision, this article will break down the differences between these two devices, as well as take a look at some of their similarities.

No matter how much you love your Mac, there are some things that you can only do on an iPad. To go along with those great features, though, come a few serious limitations. If you want to decide which device is best for you—the Mac or its touchscreen counterpart—you’ll need to weigh these pros and cons against each other. The decision will depend on what type of work you’re doing, what platform your favorite apps support, and how much money you have available.

If you’re looking to get a device that can replace your laptop, then a Mac is better for you. Despite newer iPads having additional storage and processing power, these are still relatively underpowered when compared to an entry-level Mac. The more expensive iPads come with Apple Pencils, which make them great for drawing and sketching. A Mac has enough storage space to store all of your files in one place, so if you like to save things on multiple devices, this might be better for you.

This tablet-laptop hybrid has a lot going for it. It’s thin, light, powerful and flexible—it can do almost anything you need. And with its $599 starting price, it’s much more affordable than an equally capable MacBook Pro. Still, because it runs iOS instead of MacOS, some work tasks will be off limits to you unless they have iPad apps (or they’re on your iPhone). So if you’re looking for a device that lets you work anywhere without taking up any extra space in your bag, this is worth considering.

This laptop is a favorite among many because of its portability and ability to seamlessly connect with other Apple products. It’s a great choice if you use productivity apps like Pages, Numbers, and Keynote on your computer regularly. The Macbook Pro comes with a touch bar, which can be customized to carry out different functions; it also has twice as much memory as previous models.

But, with a price tag of $1,799.00 and weighing just under 3 pounds, it’s also heavier than many other laptops. It only has two USB-C ports and one traditional USB port—the others are USB-C —and a headphone jack. This limits its functionality if you regularly connect to external storage devices or peripherals that aren’t compatible with Apple products.

Pros and Cons of the iPad Pro

The iPad Pro is an amazing device and a great compliment to your main computer. While it may not be able to do everything that your Macbook can, it certainly packs enough power to get through most of your daily tasks. Another bonus is that you have access to all of Apple’s apps and software, so you don’t need any other software in order to use it as a professional.

The downside to using an iPad as your main computer is that it is limited in terms of software. While you can get a lot done with Apple’s apps, you may need other software that isn’t available on iOS. Another drawback is that it doesn’t have a physical keyboard.

Pros and Cons of the MacBook Pro

The Mac is known to be a powerful computer, offering unparalleled performance and processing speed. Some of its pros include speedy operation, seamless integration with all Apple devices, built-in apps, full compatibility with Windows and other operating systems, plus portability (it’s lightweight). The downside is that it doesn’t work as well when not connected to Wi-Fi. And then there’s price; at $1,499+, it can get pretty steep.

The Apple iPad Pro is similar to a Macbook, but you need an Apple Pencil ($99) and keyboard ($169). This device has so many pros that it’s tough to list them all. Some of them include access to apps, its powerful processing speed, seamless integration with other Apple devices and full compatibility with Windows and other operating systems. The only downside is that it doesn’t work well when not connected to Wi-Fi.

The Pros of an iPad over a Mac:

-An iPad can be used without a keyboard when in tablet mode. The keyboard needs to be attached if it’s a MacBook pro.

-iPads are more affordable than macbooks pro so they may be the better option if you’re looking for something more budget friendly.

Can you do everything on an iPad?

The answer is no. While there’s certainly a lot you can do on an iPad, there are some things that aren’t possible to do on Apple’s tablet—at least not yet. For example, although you can use apps like Microsoft Office 365 with an iPad, it doesn’t support all of its features. If you’re looking for something that can handle complex spreadsheets and documents, you’ll want to get a laptop instead. But if your needs are simpler and more focused on media consumption, emailing and word processing, then an iPad may be enough for you.

To figure out which is better for you, you need to think about what your current needs are and how you will use either device. If portability is a high priority, than choosing an iPad is your best option because it weighs less than a MacBook pro. But if you spend most of your time in front of a desk (or at home) and care more about power, then buying a laptop would be more appropriate.

But which one should you choose? To make that decision, you need to first determine your budget. An entry-level laptop will cost less than an iPad Pro, but both devices start at $799. If budget is no object and performance is your priority, then either device is an excellent choice.

Whether you’re a long-time Mac user or a recent convert to iOS, we hope you found this buyer’s guide helpful. By now, you should know which device is right for your needs and budget, but if you’re still on the fence about switching from macOS to iOS, don’t be afraid to ask questions in our comment section below!

Choosing a laptop is a personal decision. How you use your computer and how much money you want to spend on it will ultimately determine which one is best for you. The Apple Macbook Pro is ideal if your work requires heavy graphic editing, because of its superior Retina display. But if you are looking for something more mobile, I would recommend getting an iPad Pro. Its touchscreen and virtual keyboard can make writing much easier than it would be with a regular keyboard.