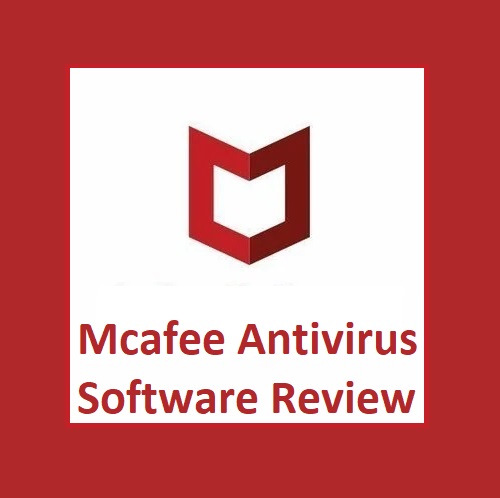 Contents hide
1 Introduction of Mcafee antivirus software
1.1 What is McAfee Antivirus Software
1.2 History of McAfee Antivirus Software
1.3 How does mcafee antivirus work?
1.4 Is mcafee safe to use?
1.5 Is mcafee compatible with windows 10?
1.6 How much does mcafee cost?
1.7 Getting more from your license of mcafee
1.8 Securing your data using other tools
1.9 Common misconceptions about the software
1.10 Conclusion – Should you buy the product?

McAfee antivirus software has been around since 1987, when it was first released by John McAfee, the founder of McAfee Antivirus Software Inc., named after him. It’s been one of the most popular antivirus programs since its inception, and even today is known as one of the best security software options available on the market. But just how good is it? Can you really trust your computer to this software? Let’s take a look at some pros and cons of using McAfee as your anti-virus program, so you can decide if it’s right for you or not.

What is McAfee Antivirus Software

McAfee is one of many names in computer security. They are perhaps best known for their Antivirus software, which protects computers from viruses, malware and other cyberattacks. So far, so good. But just how effective is McAfee Antivirus Software at doing what it’s supposed to do – protecting your computer from viruses and malicious programs? This review looks at two common concerns and issues surrounding McAfee.

John McAfee, a British-American computer programmer and businessman founded McAfee Inc. in 1987. John McAfee developed several applications that protect home computers from viruses, spyware, and other threats in 1990’s. It was later sold to Intel Corporation for $7.6 billion in 2011.

How does mcafee antivirus work?

McAfee’s two-pronged approach keeps you safe from viruses and phishing scams. To make sure your files are safe, McAfee scans for active threats. Additionally, its Safe Web prevents you from visiting malicious sites that might infect your computer with malware. The security options in McAfee help you secure your digital identity, as well as any information you might share through email or on social media.

By scanning for malicious programs and preventing you from visiting dangerous sites, McAfee makes sure your information stays safe. This protection helps you secure all of your digital devices. It also keeps any information you share through email or social media private.

For these reasons, we recommend McAfee’s security services for your business computer or mobile device to keep you protected from viruses and phishing scams.

It also helps to keep you protected from data breaches and other attacks. You can learn more about McAfee’s services here.

Is mcafee safe to use?

McAfee has been in business for over three decades and its claim to fame, aside from offering great protection, is their cloud-based approach. With McAfee antivirus, you’re getting real-time protection via data collection at thousands of servers around the world. As soon as new threats pop up, they’re quickly cataloged and passed along to you for instant download onto your computer. The big question on everyone’s mind: Is mcafee safe to use?

McAfee has been around for 30 years, so you can bet they’ve had plenty of time to refine their product. That’s not to say there aren’t other options out there—there are quite a few of them, in fact. However, for a company that’s been established as long as McAfee has, you have to think they have something special up their sleeve that differentiates them from everyone else. They do!

Like most providers of security services, McAfee offers a variety of different products and packages to suit anyone’s needs. One of their most popular features is called Password Manager. Here, you can register all your passwords and other sensitive information in one place so that you don’t have to carry around a notebook with all your logins.

Is mcafee compatible with windows 10?

McAfee’s security products, such as McAfee Internet Security and McAfee Total Protection, are compatible with Windows 10. When upgrading to Windows 10, check that your version of McAfee automatically updated to compatible software. Otherwise, you will need to manually update. You can also sign up for a free 30-day trial of their most advanced security product. This offer lasts until July 31, 2017.

How much does mcafee cost?

McAfee’s anti-virus products range in price from $24.99 for a 1-year subscription to $159.99 for a 3-year subscription, and there are no additional fees for updates or support. There’s also an option to pay $229 for unlimited use on three devices, such as computers and smartphones, or you can choose from among several bundles that provide varying numbers of licenses at different prices per license.

Getting more from your license of mcafee

McAfee Antivirus Plus has been a well-known and trusted brand for years, but do you really get what you pay for with your purchase? Today we’re going to explore whether or not McAfee Antivirus Plus delivers real value or if there are other packages that might serve you better.

Securing your data using other tools

There are a lot of great tools out there to keep your data safe—the right ones will suit your needs based on what you’re protecting. If you have sensitive personal information, encrypt it (using VeraCrypt for Windows or TrueCrypt for Mac/Windows). For highly sensitive documents, consider storing them in an offline cold storage USB drive like IronKey.

If you’re keeping financial documents on your computer, learn how to encrypt files and folders. No matter what type of data you want to secure, there are some great apps for doing so—it’s just a matter of finding one that works for you.

Common misconceptions about the software

The most common misconception about McAfee is that it’s an outdated piece of software. However, McAfee updated their software only a few years ago and it comes with new features to make your computer safe from hackers and viruses. They even provide you with a 24/7 support system so you don’t have to worry about being hacked by professionals if you run into any issues while using their antivirus software.

Conclusion – Should you buy the product?

However, some people might not like its low focus on mobile devices compared to other antivirus providers. If you are looking for a software solution that will protect your computer from any possible threats and you are willing to pay a bit more money than average, then you should definitely consider buying McAfee. It will be worth every penny!