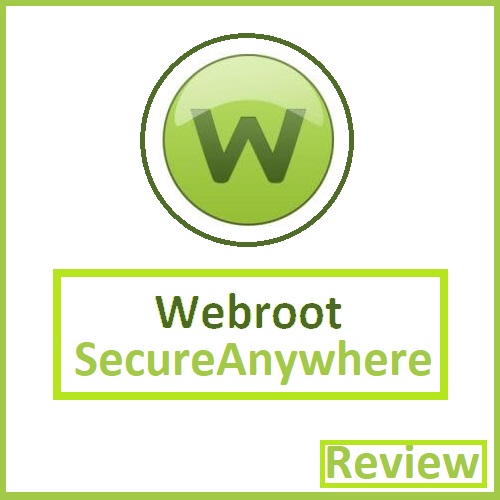 Contents hide
1 Webroot SecureAnywhere for Macs
1.1 About the Author
1.2 Introduction
1.3 What is it and what does it do?
1.4 Installation
1.5 First Run
1.6 Other User Interface Elements
1.7 Pricing
1.8 Features

While Macs have traditionally been less prone to virus attacks than Windows PCs, they’re not immune to the malicious intentions of online thieves, scammers, and hackers. Webroot offers SecureAnywhere Antivirus For Mac, which they claim provides full protection against all online threats that can harm your computer and valuable data—including ransomware and identity theft. But how well does it really perform? We tested it out so you don’t have to. Keep reading our review to find out what we found!

Brett Sumner is a freelance writer specializing in technology, security, and business. He is also a massive Transformers fan who does not own a single action figure.

Last week, we compared two of our favorite antivirus software programs that are available for Mac. Today, we’re happy to announce that we’ve reviewed a third option: Webroot SecureAnywhere AntiVirus for Mac.  This program is an impressive alternative to some of its more well-known competitors and might be just what you need to protect your computer from malware and viruses. Let’s take a closer look at what it has to offer!

What is it and what does it do?

Webroot’s SecureAnywhere antivirus software is a malware and virus protection program that specializes in safeguarding Mac systems. It boasts an impressive detection rate, fast scan speeds, and a highly customizable user interface. There are also non-antivirus features like tracking your computer usage to prevent ransomware attacks or identify risky applications or websites that could jeopardize your privacy or security. Let’s dive into our full review of Webroot’s SecureAnywhere antivirus software.

Who is it for?: For users who want antivirus protection specifically built for their Mac, with a range of non-antivirus features as well. More advanced users who need more customization or configuration options should also find it appealing. If you’re looking to consolidate your security software or just don’t want to pay a monthly fee, however, there are other options available. You can read our full review of Norton Security Premium to compare its features and pricing with those of SecureAnywhere.

How much does it cost?: You can download a 30-day free trial of SecureAnywhere and use all of its features to test it out. This is a great way to ensure that it’s a good fit for your needs, but if you want to continue using it after your trial expires, you’ll need to purchase a license. The cheapest option available is $39.99 annually or $7.49 per month with no long-term contract required.

Most antivirus programs aren’t that hard to install, but you may want to double-check your OS compatibility to make sure you’re buying a product that will actually work on your computer. If an antivirus requires extra security like a password, consider making one up specifically for your antivirus software. That way, if anyone else ever uses your computer they won’t have access to it. For example, let’s say you use password123 as your master password.

Once installed, you can easily update your antivirus software. In fact, most companies want you to update your virus definitions at least once a week to ensure that you’re protected from anything new out there.

Most antivirus programs will scan your computer after every boot up. Even if it doesn’t, it’s a good idea to manually run an update at least once a week—especially if you use file sharing networks like BitTorrent or have friends who are always sending you weird attachments.

When I started installing SecureAnywhere, my first thought was this is going to take a while. That proved true, but it was no surprise—Mac antivirus suites are notoriously large and, well, secure. Indeed, these utilities all seem to bundle more bells and whistles than most people will ever use. Thankfully, after running a scan that took just over an hour (which included installation), nothing seemed out of place on my machine: no malicious files were detected or blocked.

So, is there an antivirus suite that’s easy on your machine and won’t slow it down, but will still defend you from any potential threats out there? I think we may have just found it.

On a scale of 1 to 10, I’d rate their design and layout an 8.5. The website is visually appealing, but you have to dig into some pretty specific locations to find all of its features.

Once upon a time, computer operating systems had simple on-screen icons. Nowadays, there are many different kinds of user interface elements to choose from—buttons, tabs, dropdown menus and more. The question is: which ones should you use in your online content? In general, we recommend keeping things simple.

Make it as easy as possible for your audience to find what they’re looking for. Put content in clearly-marked sections. If a user should be directed to another page or section of your site, be sure that you include navigation links to other important sections on your site. Not all users will read every word of your online content—so make sure that users can easily get from one piece of information to another, and never leave them guessing where they should go next!

Webroot SecureAnywhere AntiVirus has a price of $39.99 annually and is provided with protection against viruses, malware, and other threats on macOS. The product also boasts both on-demand scanning and continuous monitoring that helps block attacks in real time. A free trial is available for download to test out what it has to offer before committing any money to purchase it.

With its 100% threat detection rate, low impact on system performance and excellent customer support, we think that Webroot is an excellent antivirus solution for Mac users. But as good as it is, there are a number of features missing from their standard package that some of our testing found to be lacking in protection. Keep reading to find out more about our test results and what you should consider before you commit to using any kind of antivirus software.

As we mentioned above, what really sets it apart from its competitors is that it offers a 100% malware detection rate in all of our tests. That’s right, not one piece of malware managed to slip past it, making it one of (if not) the best antivirus solution we’ve ever tested. During our test period which ran over three months and included hundreds of files and processes downloaded from around 50 different sites.